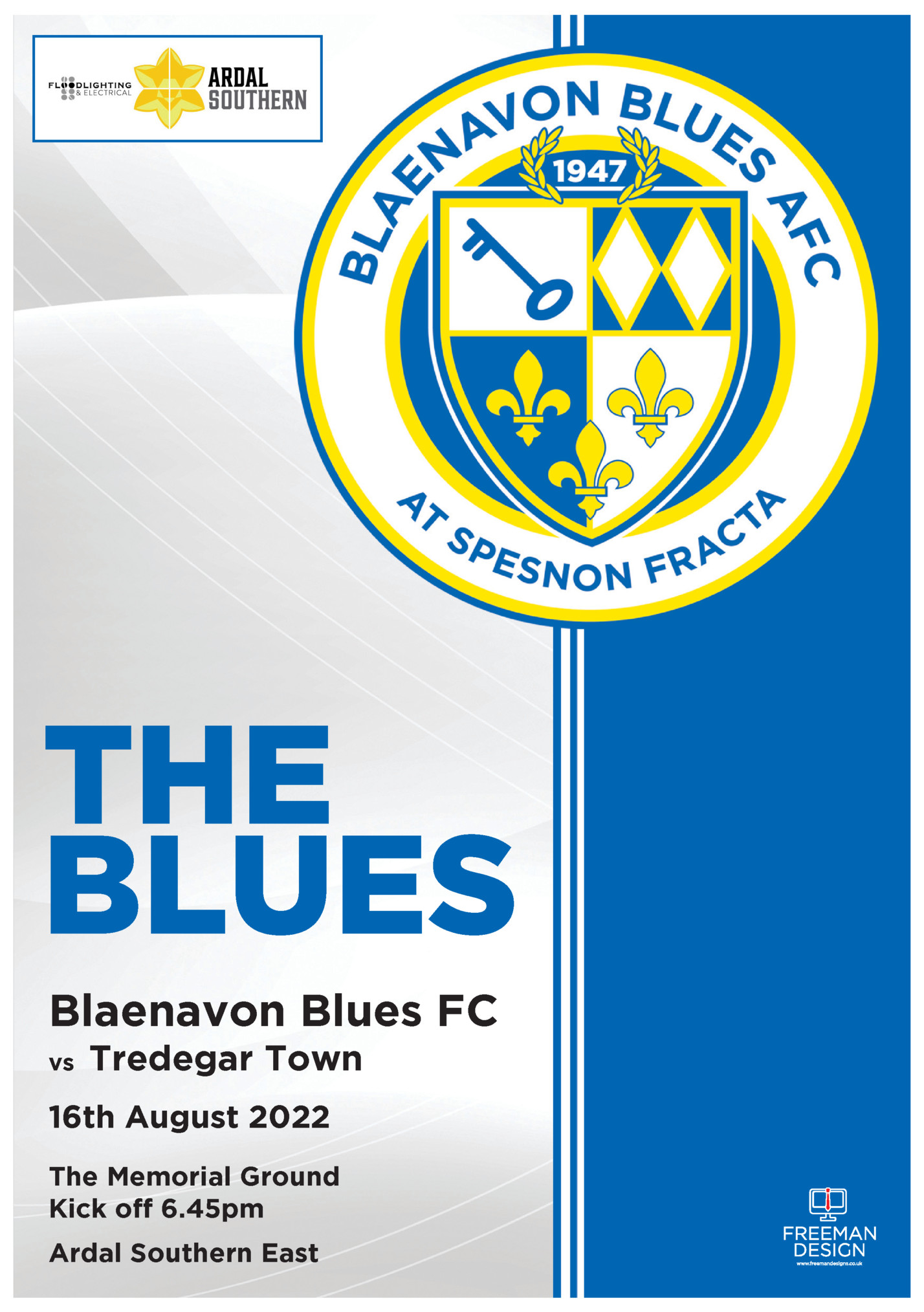 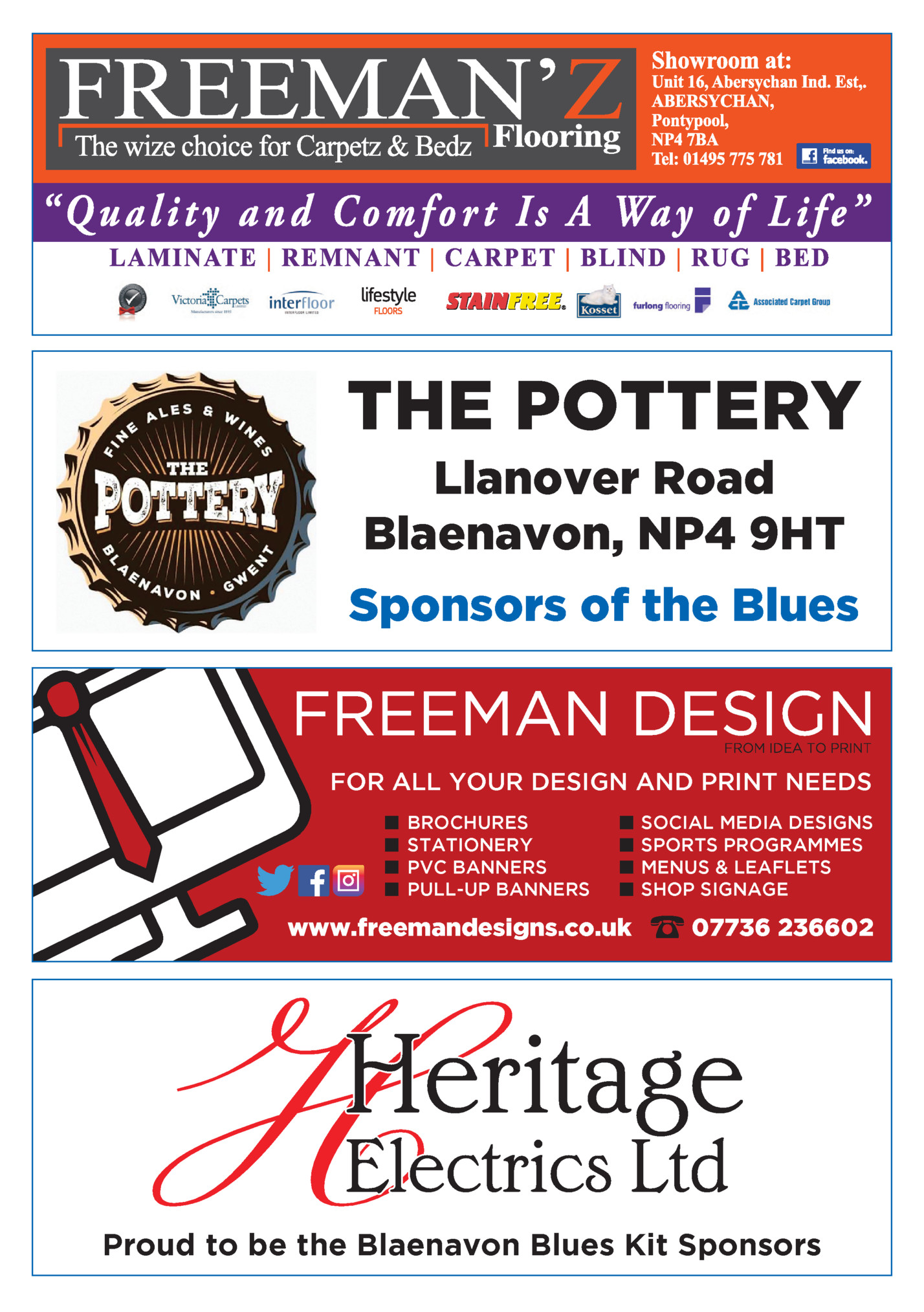 WELCOME TO THE BLUES

I would like to extend a warm welcome to our home ‘The Memorial Ground’ to the opposition squad, members and supporters, along with all We as a club look forward to the challenge League where we look to renew some old our support has grown in numbers week in and week out so I’d like to express a massive welcome and show gratitude to everyone who Lee Wathen Club Chairman 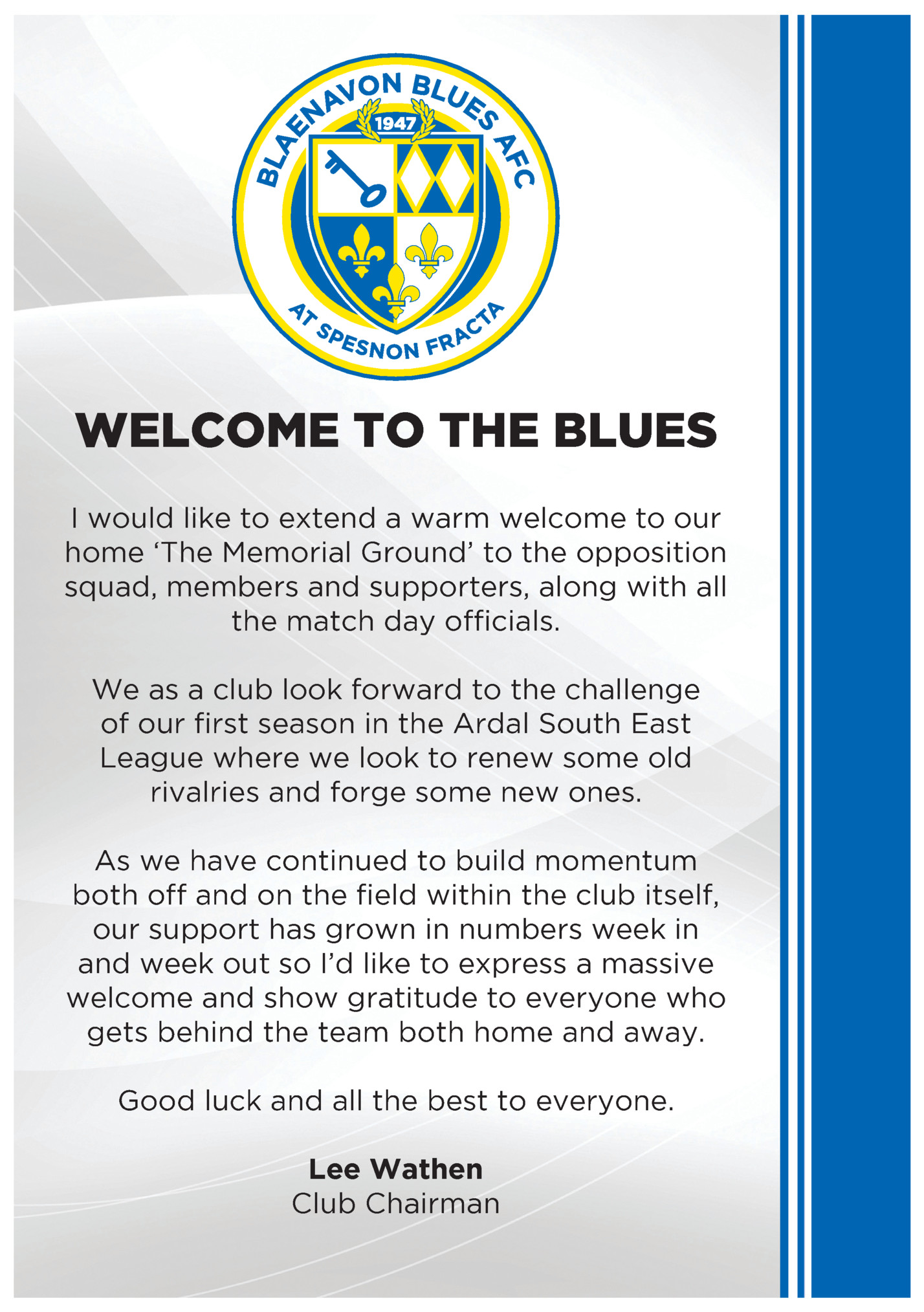 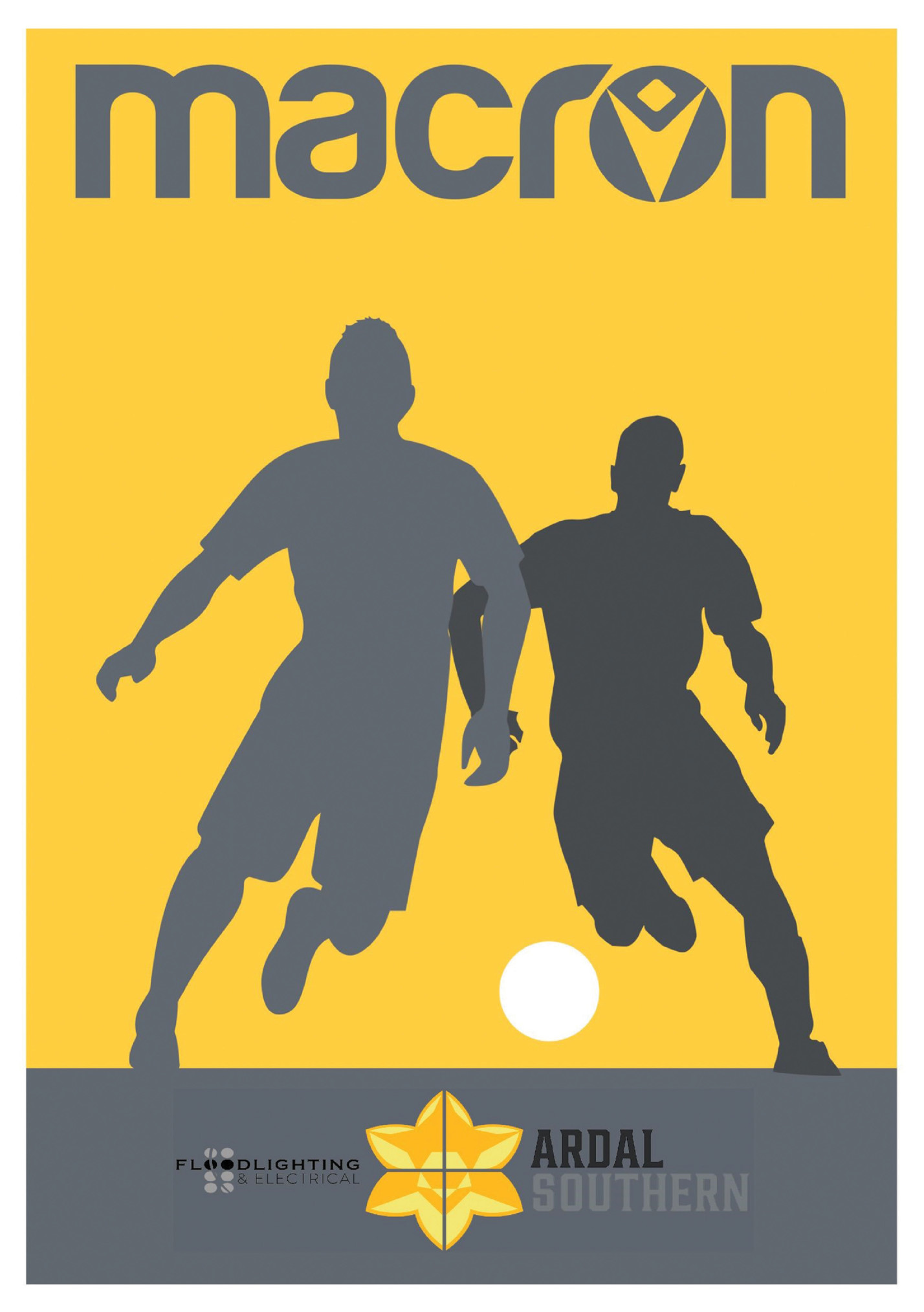 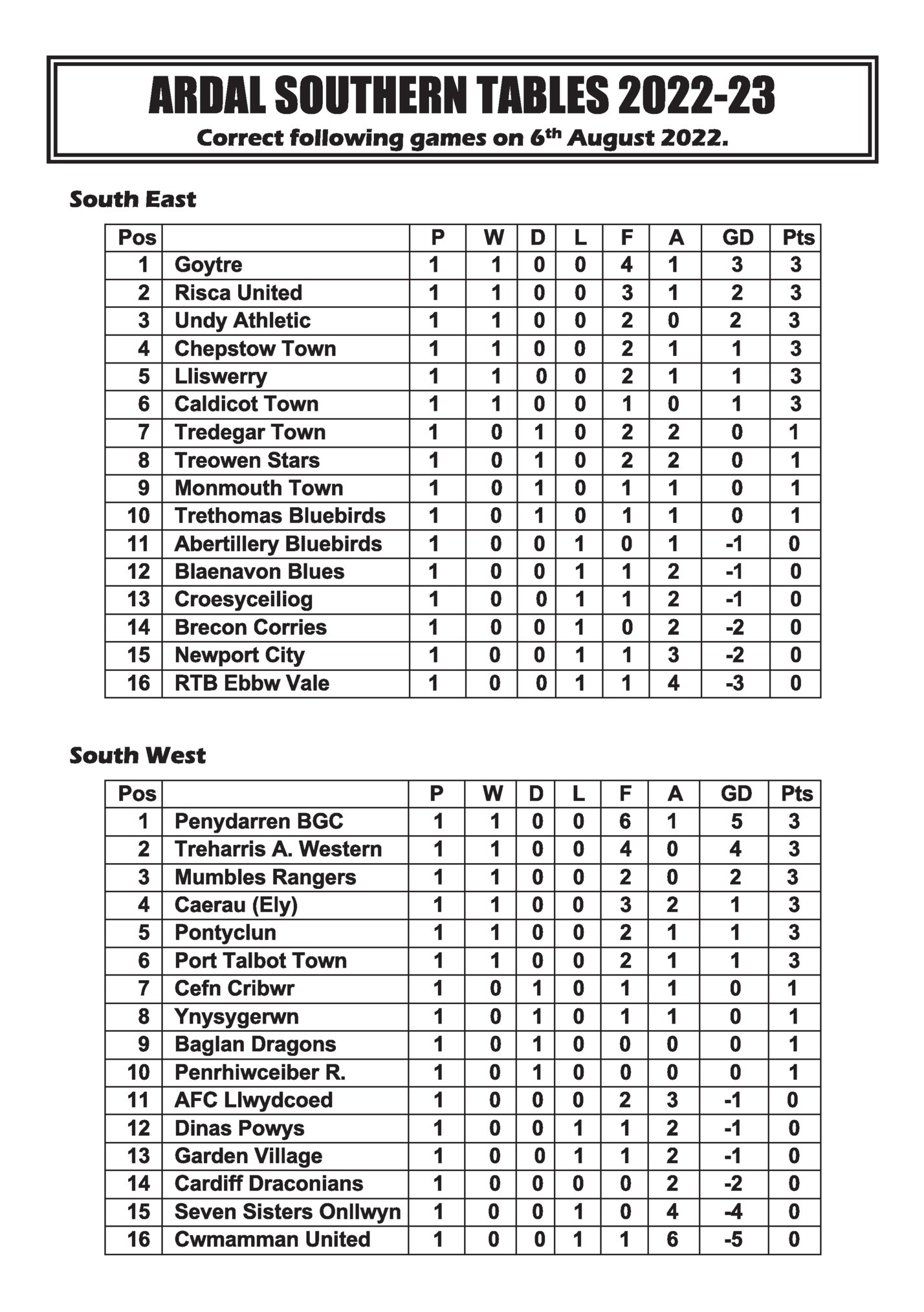 Following the end of the Second World War, Blaenavon man Ernest Pugh founded Blaenavon Blues AFC in the summer of 1946. During the early years the club played in the local league without a great deal of success, players of the era included legendary club secretary Lewis Jones, Owen Meredith and Ernie Rogers. The swinging sixties saw an upturn in the clubs’ achievements and in 1960 the club won a treble of cups, The Langdon, Benevolent and Peake Cups. Back-to-back Championship wins in 1960-61 and 1961-62 along with two more Langdon Cup wins and two Benevolent Cup wins saw the club dominate the Pontypool league. At the start of the 1968-69 season and the Blues were playing senior history. The committee of the time selected both the Welsh and County sides and with the loss through retirement and injury of the senior players, new players John Bowen, Clive Dobbs, Mickey Brown, Bruce Davies, and Billy Morris arrived to strengthen the club. In 1969 the club took a more professional attitude and a coach, Bert Sharland was appointed, and with much needed work being carried out early Welsh league seasons on the Garn-yerw ground and the Recreation ground. The Blues returned to the new playing a professional manager in Mel Davies. Former Busby babe Ken Morgans arrived in Blaenavon in 1972 to take over the reigns as manager. Bert Sharland returned as coach, but the season proved a disappointment and after one season Ken was gone. Keith Morgan, Keith Bingham, Mike Jones and Wyndam Evans were some of the players that played during Ken’s reign. 1973-74 was to be the start of some success for the club, Tony Leighton ex Panteg manager was appointed and brought with him John Havelot, Arthur Hardy, Davis Harris from Croeseceiliog, Robin Matthews, Dickie James, and Brian Beams from Panteg, Tony Preece and Harold (Ossie) Oakley from Pontnewydd Seniors. The Blues hit the dizzy heights of Welsh league division one football in season 1975-76, but all was not well at the club. Robin Matthews left for Newport County, Harris and Havelot left to join local rivals Cwmbran Town, and James’ studies took him to Switzerland. To lose four players of this calibre was a huge blow to the club. The 83-84 season saw promotion to the Premier division achieved, an outstanding side under the captaincy of Roger Jones, coaching featured Mickey Hodder, Roy and Terry Hanson, Gary Preece, Paul Young, Della Farmillo. The club stayed three seasons in the Premier league before being relegated to division one. 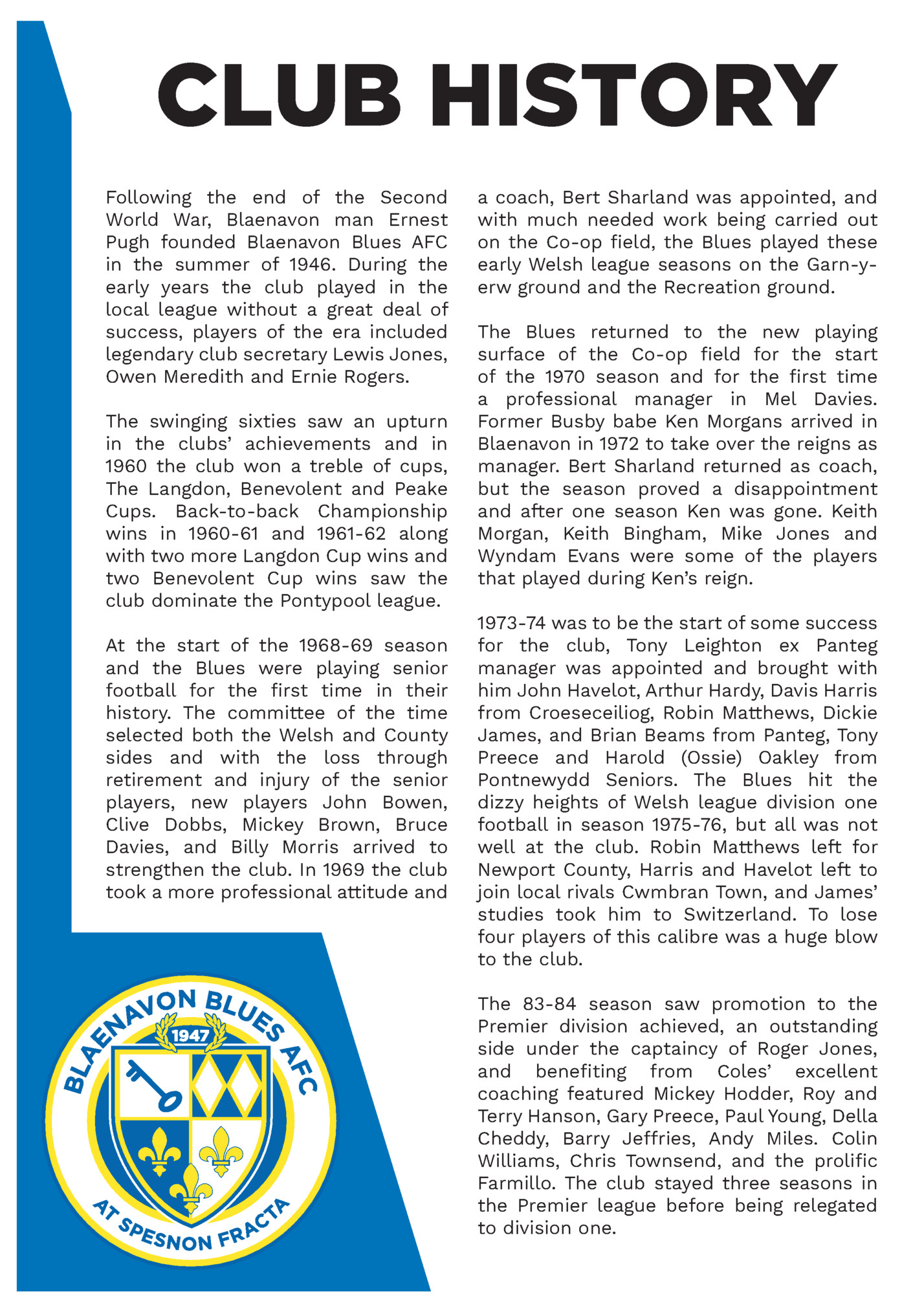 in Division one being renamed Division Two for season 90-91 and Cheedy’s side in 11th position. Cheedy left at the end of the season and the decision was taken to leave the Welsh League. With the newly adapted Pyramid system in place, it would have been far more sensible to continue with the Welsh league side that season with relegation resulting in dropping down to the Gwent County League. in the Gwent Central league. Only 199293 did they threaten to break back into manager Paul Bates guided the club to the adversaries Blaina West Side but lost in the disappointing seasons followed before Wayne Parker took up the challenge, he along with Dale Forward won the 1996-97 Championship and took the club back into County football. The Blues needed to win their last game against Abertillery Bluebirds in Abertillery to secure promotion, but the Blues could not break down the strong Bluebirds defence and the had blown their chance of promotion, as they felt sure third placed Newport Civil Service would have won their last game against city rivals Christchurch. But while in the Bluebirds clubhouse Newport Civil had just lost 5-2. So, two promotions in two seasons and the club felt it had a chance of promotion back to the Welsh League. Season 2005-06 was a season of so close yet so far, for Blaenavon Blues as the Holy Grail of the Welsh league was snatched from the Blues in the The return of Blaenavon Blues stalwart 2001-02 the Blues narrowly missed out on champions Greenmeadow, and runners up Garnlydan. The following season 200203 was one of the Blues most successful seasons of modern times. Rob Browning lost only two of their twenty-eight league games, but two draws, one against rivals Mardy and one against Coed Eva in two of their last three out on promotion by three points to Aberbargoed Buds. The long wait to reach Welsh League coach, and with two superb cup runs and a Sports and Race AFC to win promotion to the second division; the season was a memorable one. in 2021-22. The current side went through the season unbeaten, but narrowly missed out on winning the league. However, runners up spot was enough to secure promotion. Season 2003-04 was another successful one for Blaenavon Blues with Mike Hall still in charge and his assistant Rob Browning keeping the players in top shape. The club had a poor start to the season losing three it’s history, with victory over Caerleon Town. just clicked, and the Blues went the rest of the season unbeaten, even then the club had a nervous last day of the season. The club currently has a reserve team in the Welsh Reserve League and thirds in Gwent Central League. 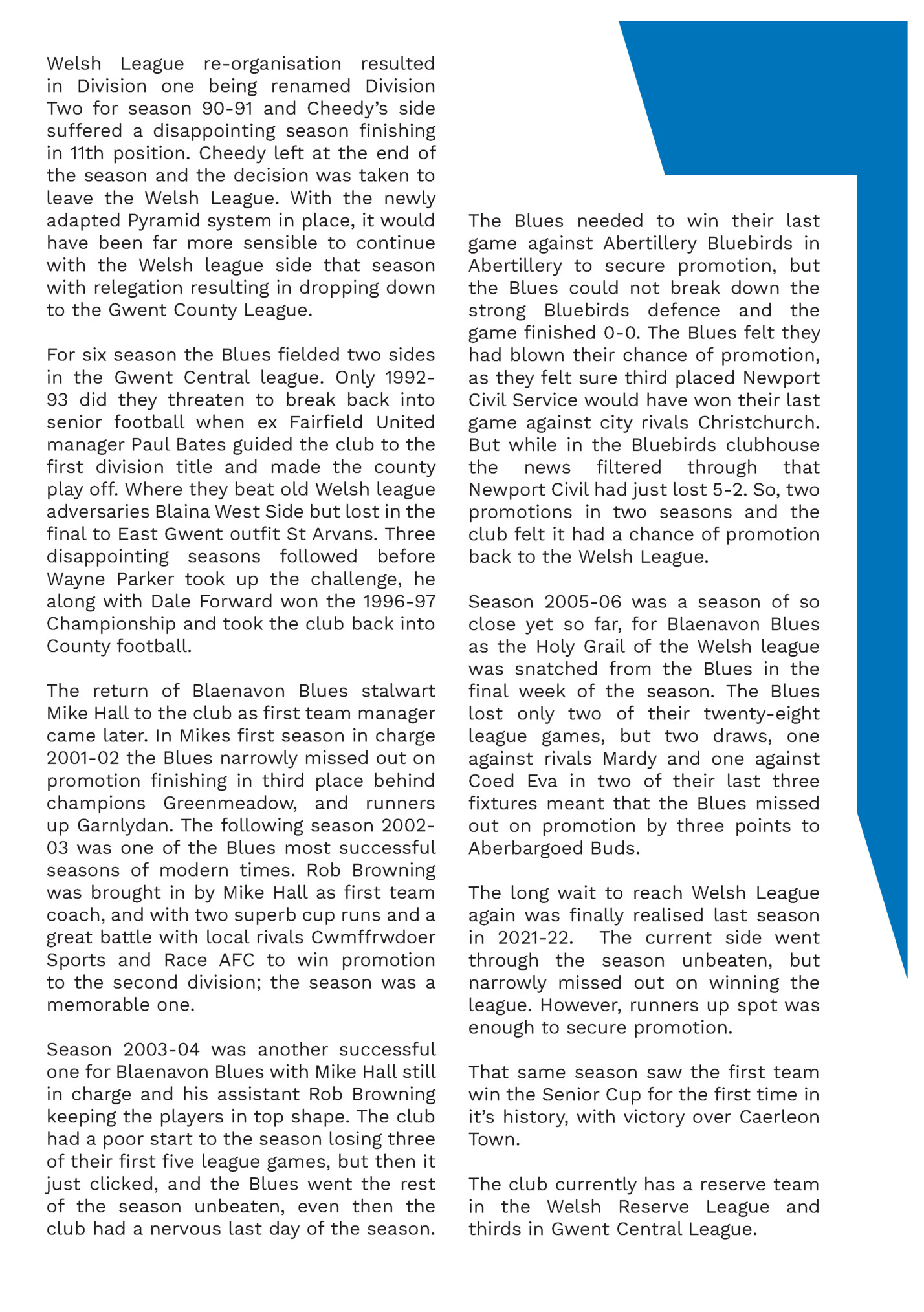 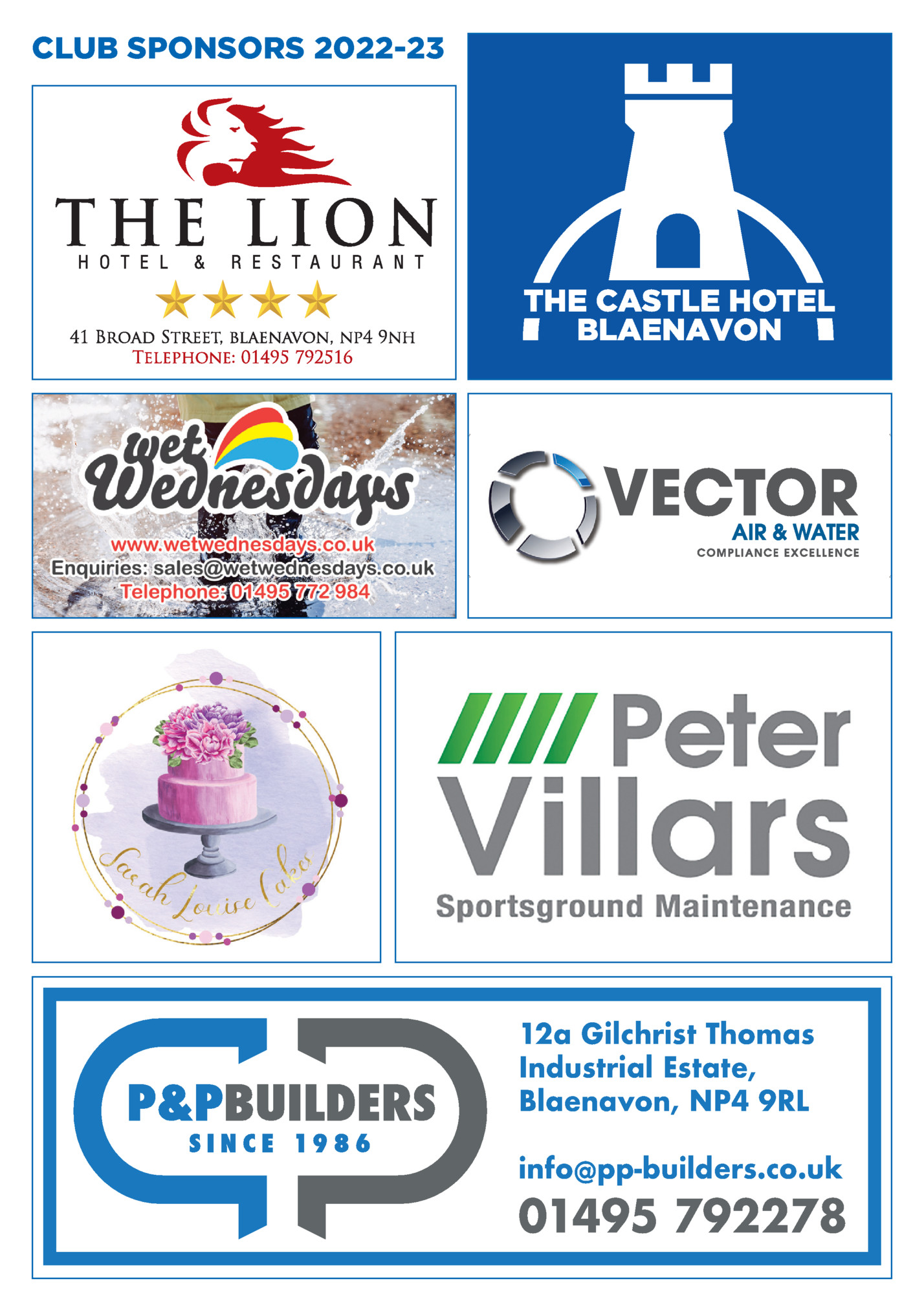 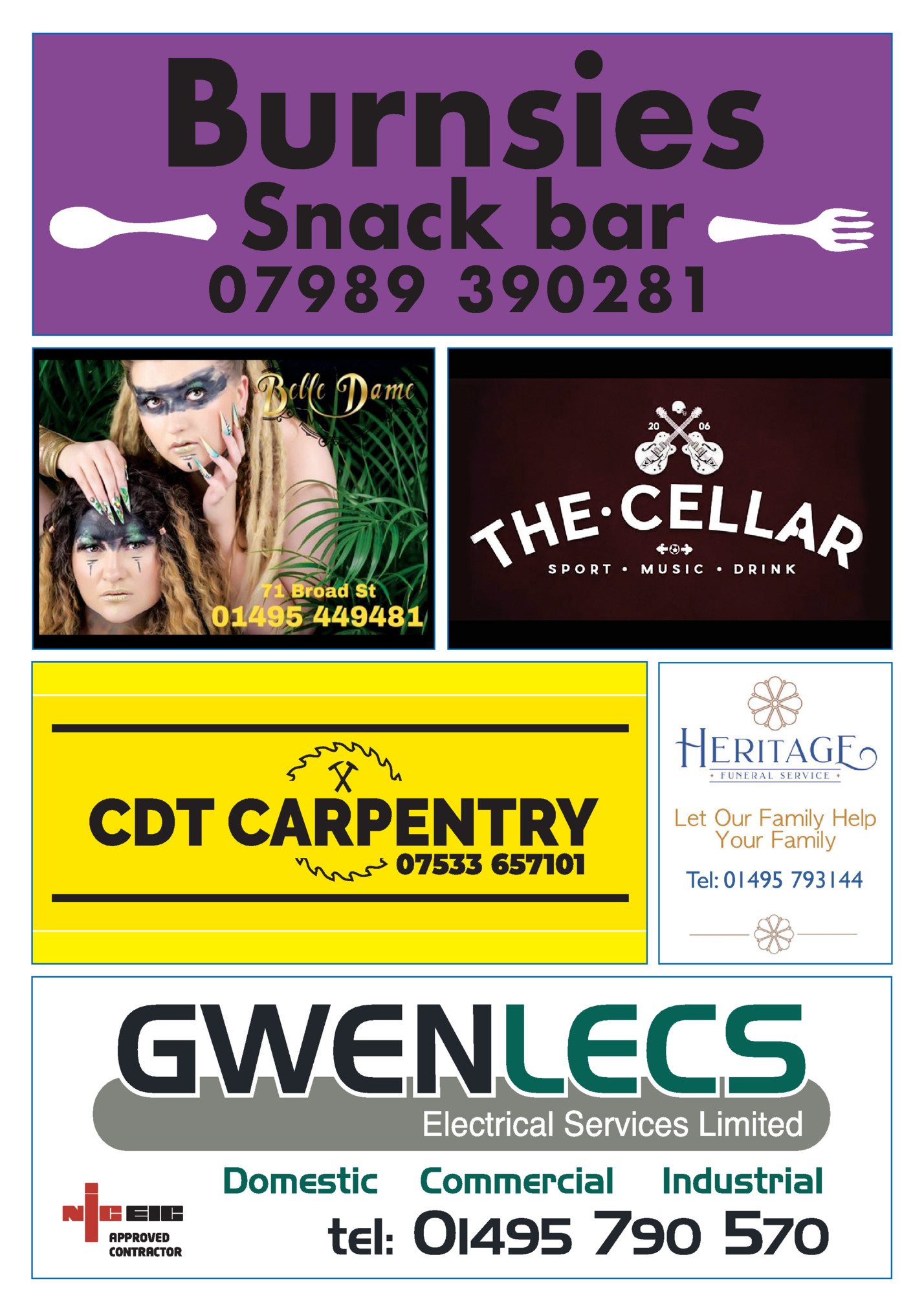